In search of finiteness: the limits of fine resolution palynology of Sphagnum peat

High-resolution analysis of ombrogenous peats often reveals pollen frequencies that change markedly from one sample to the next, indicating limited post-depositional mixing. This raises the question whether – with sufficiently thin samples – seasonal differences in pollen deposition can be observed. Seasonal resolution in peat would provide a dating technique with an accuracy similar to that of annually banded archives. To study the limits of temporal resolution, contiguous 0.5 mm thick slices of slightly humified Sphagnum section Cuspidata peat were palynologically analysed. 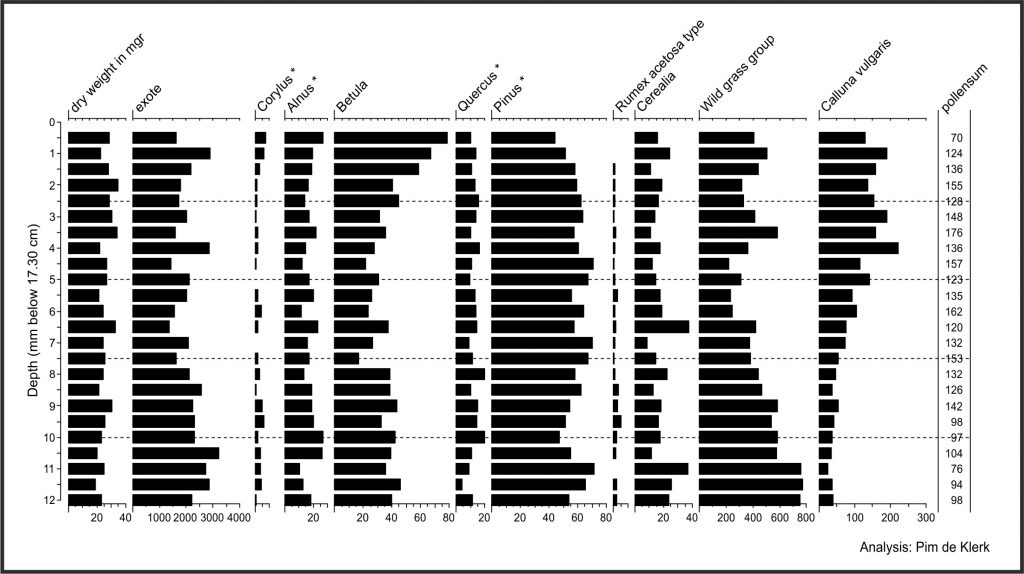 Rapidly accumulated Sphagnum section Cuspidata peats do not show a seasonal pollen signal, probably as a result of mixing of pollen grains due to small scaled vertical water movements and to the horizontal accumulation mode of these species. The latter process may, however, also be the cause that a smoothed annual signal can be observed. Because of the absence of seasonal differentiation, the palynological distinction of annual peat layers is unfeasible.

This research was carried out in close cooperation with Hans Joosten.