Pollen and macrofossils attributable to Fagopyrum in western Eurasia prior to the late Medieval: an intercontinental mystery

The widespread perception that buckwheat (Fagopyrum esculentum) did not occur in Europe prior to the Late Medieval is challenged by numerous pollen and macrofossil finds in deposits from earlier periods. We traced some 250 records from western Eurasia with pollen and macrofossils assignable to Fagopyrum in (often much) earlier time-slices. We assume that many more finds have never been reported under the motto “it cannot be, thus it should not be”: we know of several scientists who deliberately concealed their finds for fear of ridicule.

The clear morphological characteristics of the pollen make a large-scale misidentification unlikely. The numbers of pollen grains encountered is generally low and therefore researchers are tempted to attribute their finds to contamination. Except for some clear cases, however, the majority of the finds does not show any indication of contamination (although it cannot be ruled-out). A comparison of pollen ascribable to buckwheat with that of Aesculus, a tree taxon that did not occur outside SE Europe prior to the 16th century CE, show two distinctly different patterns: in the case of contamination, the trends in both types would have been identical or at least similar for the complete Holocene. This indicates that contamination is not a major factor. Furthermore, if all observations were unreliable, it would imply a major careless work-style in many European palynological laboratories. 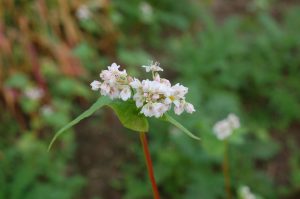 The genus Fagopyrum evolved in southern China and – with only one exception – the 20+ known wild species are restricted to that region. Cultivation of Fagopyrum esculentum ssp. ancestrale (and its subsequent descendant F. esculentum ssp. esculentum) started probably in eastern Tibet, but the date is not yet clear. Genetic studies have demonstrated that the European populations of Fagopyrum esculentum descend from a cultivation centre in northern China and expanded westward along the ancient trade routes commonly known as “Silk Streets”. Archaeological sources indicate that already around 4000 cal yr BP trade in Eurasia had proceeded to a level that continuous exchange of goods and techniques between China and the Mediterranean took place. Theoretically, thus, cultivated buckwheat may have been present in western Eurasia since this time. However, if buckwheat was in fact cultivated there, it can only have been on a small scale. 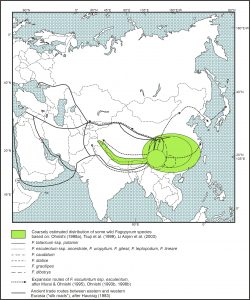 A bridge between East and West may have been formed by the area of Ukraine, where the Scythians are reported to have grown buckwheat since 800 BCE, and who are known to have exported great amounts of cereals to the ancient Greek and Celtic realms. However, the finds from Scythian archaeological monuments are highly ambiguous and cultivation can – if at all – also only have been on a small scale. Only for the Roman period and the Early/High Medieval we feel there is sufficient evidence (both pollen and macrofossils) for the conclusion that buckwheat was widely cultivated in Europe during these times, i.e. up to 1400 years earlier than generally assumed. Large-scale cultivation, however, only started after the Medieval. 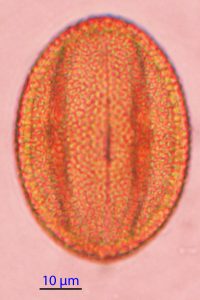 Another hypothesis is that the European finds result from long-distance transport of pollen of Oxygonum species or Harpagocarpus snowdenii/Fagopyrum snowdeniifrom the African continent. To evaluate this possibility, we inspected the pollen diagrams in the African Pollen Database (APD) and found that pollen attributable to these taxa have only been found incidentally in southern Africa. If these pollen types are hardly present in the African pollen rain, it is very unlikely that such pollen grains reached Europe. 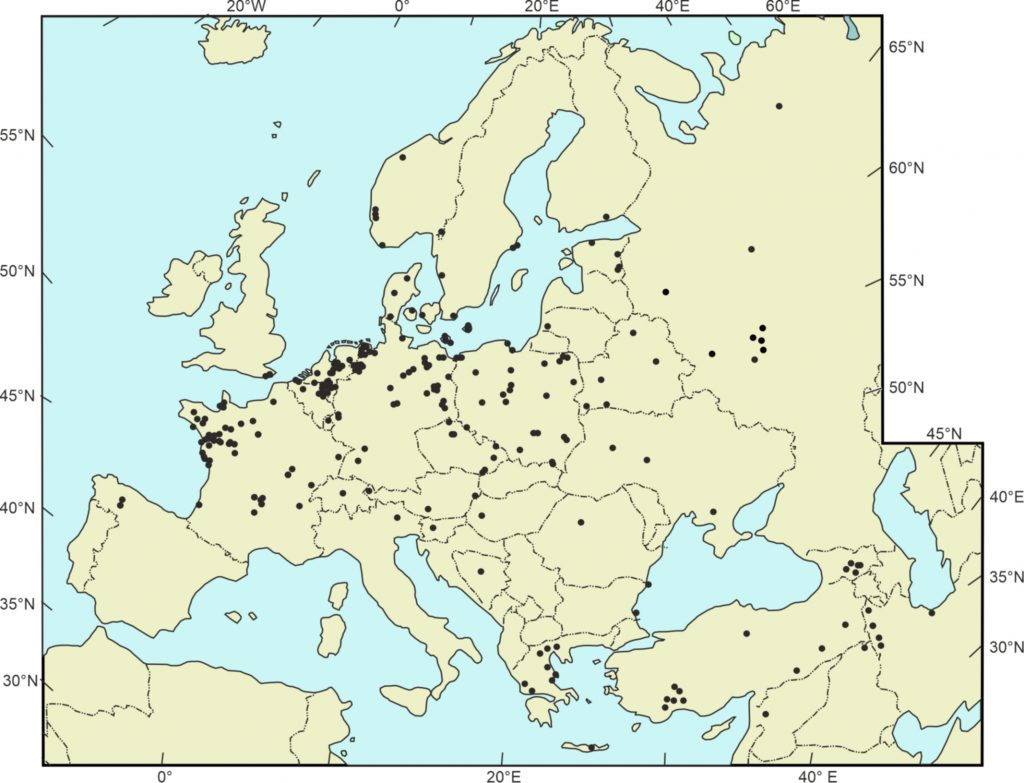 Palaeoecologically studied sites from Western Eurasia with pollen or macrofossils attributable to Fagopyrum dating before the late Medieval.

Interestingly, pollen grains attributable to buckwheat have also been found in Weichselian Pleniglacial and Lateglacial deposits in western Eurasia, for which only wild Fagopyrum species can have been responsible. From an ecological viewpoint, Fagopyrum may very well have occurred in Weichselian steppe vegetation. The example of the African F. snowdenii proves that not all species of the genus remained restricted to the southern Chinese realm, but that at least one taxon has migrated westward across the entire Asian continent (unless it was dispersed by migrating birds). We postulate, therefore, that a wild Fagopyrum species may have occurred widespread in Eurasia prior to the Holocene and became extinct afterwards. However, we have no hard evidence for this.

Hopefully the scientific community will keep an open eye for the Fagopyrum  mystery to be solved.

Ayodele, A.E., 2005. The morphology and taxonomic significance of pollen in the West-African Polygonaceae. Thaiszia Journal of Botany 15, 143-153.

Ohnishi, O., 1995. Discovery of new Fagopyrum species and its implication for the studies of evolution of Fagopyrum and of the origin of cultivated buckwheat. Current Advance in Buckwheat Research 1995, 175-190.