Actuo-ecological studies in alder carrs have indicated a considerable natural dynamic in carr development, in which forested phases alternate with phases of open wetland vegetation. Palaeoecological studies  were started in NE Germany in order to investigate whether such alternating phases can also be traced in the past.

The Early and Middle Holocene wetland development of the Endinger Bruch (Vorpommern, NE Germany) was reconstructed from analysis of pollen, macrofossils, and non-pollen palynomoprhs of core HBG from central part of the area. After a lake phase, an alder carr developed. Four phases with a more or less closed carr alternated with three phases of an open herbaceous wetland vegetation, which were probably restricted to the surroundings of the core location and did not necessarily occur in the complete area. These phases lasted several centuries and, thus, exceded short-lived cyclic development of alder carrs as inferred from actuo-ecological studies (although there are also indications for such shorter phases). Alder tree dying was probably caused by a dryland forest decline that induced a long-term water level rise in the fen. Alder re-established itself when sufficient drier spots were available on newly formed hummocks, after sufficient peat formation had caused the mire surface to rise above the water level, or after a general decline of water levels. 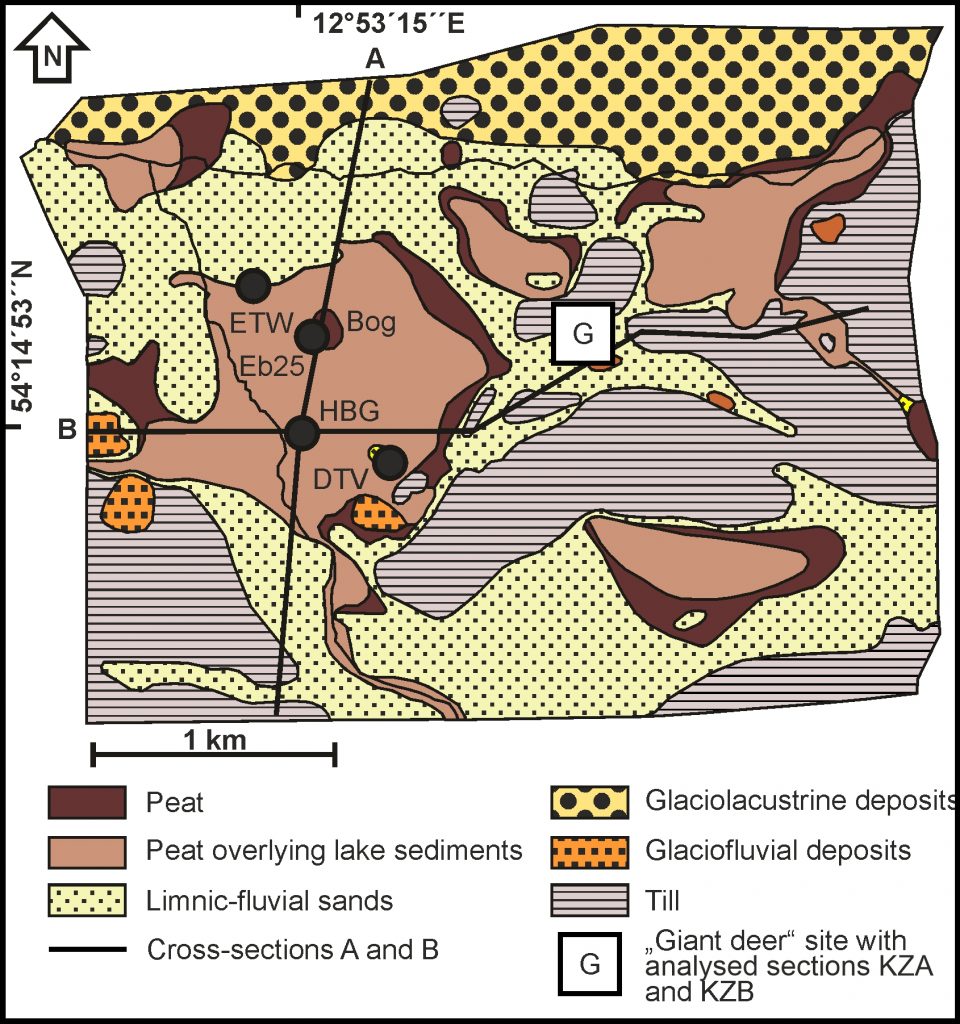 Another study area is the Rodder Forst in Vorpommern, where next to analyses of a complete core, high-resolution analyses were carried out to study single phases in alder carr development. These provide information on short-lived vegetation dynamics. During the total studied time-span of ca. 800 years, two phases of alder carrs with a duration of ca. 100 and 150 years alternated with phases of open herbaceous vegetation and phases of willow shrubs. The long interval between both carr phases of around 400 years illustrates the difficulties for alder to re-establish itself.

This study is related to the ALNUS project and is carried out in close cooperation with Alexandra Barthelmes.

Barthelmes, A., Prager, A. & Joosten, H. (2006): Palaeoecological analysis of Alnus wood peats with special attention to non-pollen palynomorphs. Review of Palaeobotany and Palynology 141: 33-51.